It is not always that a casual conversation turns into something useful. I am blogging about one such friendly call today between me and my friend Geetha Venugopal. I met her exactly 40 ago! Wow! How time flew!

Today, while we were chatting on the mobile phone, she casually mentioned about cooking which led to the method of quick cooking that even a  5 year old can do independently without any hassles.

I knew Geetha's passion (I would rather say appetite) for cooking. She used to organize cooking demonstrations in the past.

Well, about the ways to cook hundreds (as many as 400 dishes) of food, she mentioned about OPOS Recipes which when expanded converts to One Pot One Shot. It implies that all the OPOS recipes can be cooked in only one pot. Yes, absolutely no other cooking vessels are needed.

The so called OPOS kit can be accommodated in a laptop bag.

These OPOS recipes are loaded at https://sites.google.com/site/oposrecipes/
Though I am not a big eater, I never shy away from trying new dishes, especially if they contain vegetables.

Here is my brief observation when I browsed through the site.
What OPOS is not:
OPOS is not about following exact measurements. (oh, what a relief if I am to cook)

Names of the recipes:
While going through the names of the recipes, I clicked on a few unique names out of sheer curiosity. I read that, "Recipe names honouring a particular community/region are always interesting" like Iyengar Puliyodarai, Gounder Rasam.

Ah, here is an interesting observation about "Chutney" by the site admin Ramakrishnan. He called South India is the world's chutney capital. Almost everything is blended into a chutney / thogayal here.
My mother and wife are living examples. They used to make chutneys out of the red pumpkin skin (பரங்கிக்காய் தோலி தொகையல்)

Images below are taken from https://sites.google.com/site/oposrecipes/

Key Lime Pie (made of Kodambakkam lemons only folks) 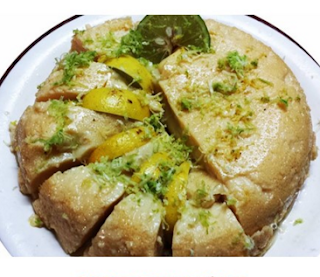 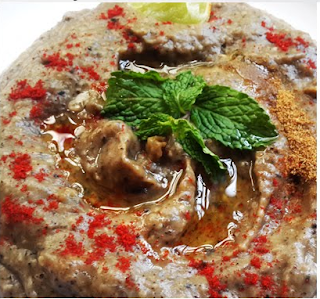 I wish Ramakrishnan publishes an e-book of his kitchen innovations.