It happened in Madras, 200 years ago. It was in 1815 to be exact but surprisingly, except 'The Hindu', no other official chronicle was found as of now. 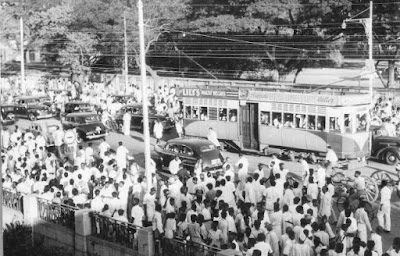 
Here is a brief:
"The last week of April 1815 saw temperatures dipping below the freezing point. A city that now knows only three seasons - "hot, hotter and hell" - once also knew what it felt like to blow winter smoke in the dead of the night.
According to a report by The Hindu, the volcanic eruption of Mount Tambora in Indonesia was the reason behind Madras's chilly weather. The disaster spewed lava with such ferocity that it claimed the lives of 12,000 people and was heard 2,000 km away. "

More surprising facts about this geographical phenomenon, click the link below: