The miserable life of an IT professional in India.

Sometime ago, I read a joke relating to Bangalore, the IT city of India.

"In Bangalore, the first business is PG (Paying Guest) and the second one is a coder in some IT corporate."

Now, to the lives and times of every (well, almost every) IT professional in India, be it Bangalore or Chennai; though they are cynosure of jealous eyes, they actually lead a miserable life. 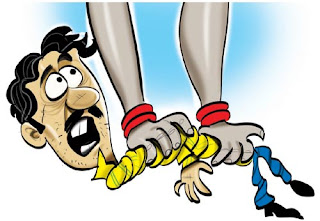 Courtesy of this creative image: http://images.mid-day.com/2013/jan/3diana.jpg

I was constantly smiling while reading a piece of question and answer on the subject of 'dark sides of an IT professional in India'. I read it in Quora.com It depicted a very true picture of the working conditions of the IT industry in India.

Everybody knows that due to lack of employee welfare union, the employees in IT sector are treated worse than slaves. The Government knows but are unable to take any action because of the money they get from IT sector for their election campaigns.


The real life of an IT professional in India

I urge you to read this very well written Q & A. After all, you are more likely to know someone who is an IT man. The best inputs are by Greeshma Girish, Dutch Uncle & Nikhil Dadhich, Founder(www.chaturgadha.com), Traveler,Dreamer, Philosopher, Foodie, Actor/Model.