Why it is not advisable to preload your OLA Money?

I share my experience with you all that lead to the subject "Why it is not advisable to preload your OLA Money?" 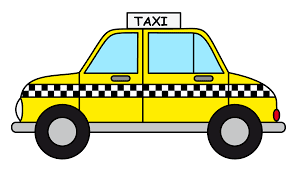 I used to load my OLA wallet before I book a cab with  OLA to avoid delay in transacting at the destination. I loaded Rs.300 on 11th of July 2016.

On 12th of this month (12/7/2016) I booked a OLA cab (CRN301442870) at 4.30 AM from my mobile app. I had to go to Bangalore city junction to catch a train. I also received a notification from OLA cab that I was given a discount coupon worth Rs.25. The cab driver first went to the wrong address in spite of getting clear instructions from me. Somehow he managed to report punctually.

When I stepped in to the car, my mobile notified me that Rs.63 was taken. I was shocked naturally. Even before the cab driver asked for the CRN number, I was debited Rs.65 from my OLA money.

The details are given below. It shows I travelled 4 KM even before the cab reached my house. Ridiculous! 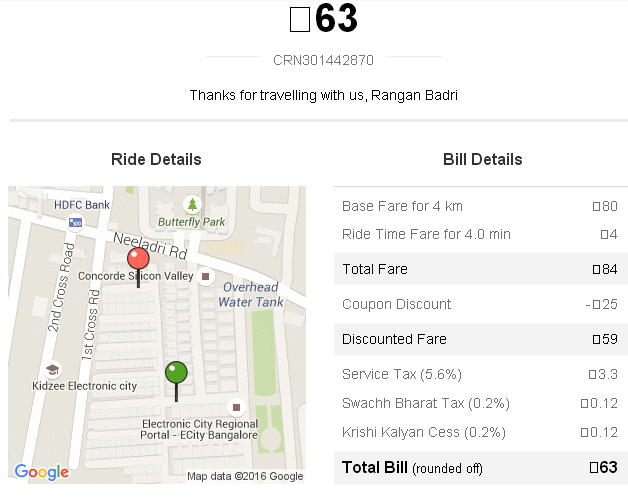 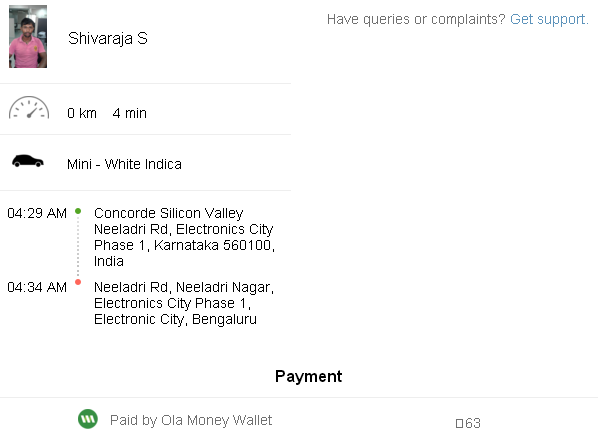 When queried, the driver told me that it is due to fake booking. I did not understand the meaning. In addition, I had no time to argue with him or the OLA cab because of time constraints. He asked me to book again which I did (CRN301755308 ). 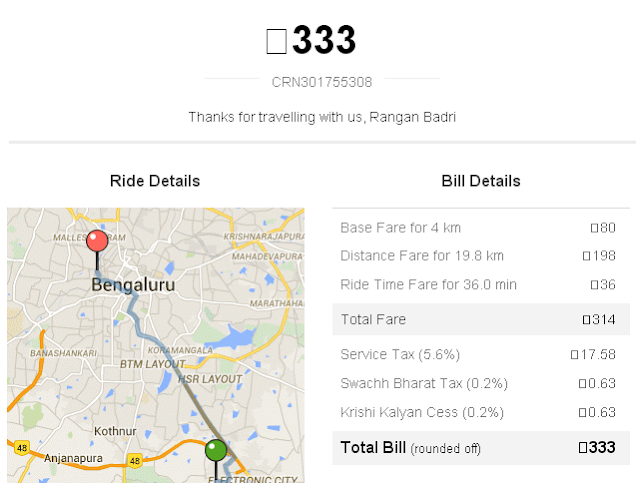 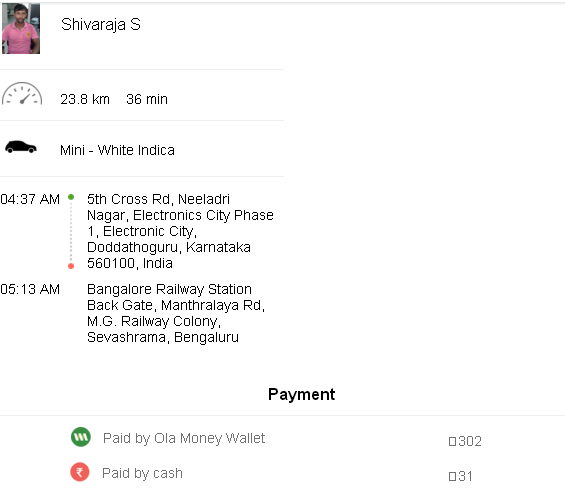 When I took up the matter with OLA cab, they kept silent on the loss of my money.

I have decided to not to load the OLA Money hereafter and it is up to you to heed the same.. Nevertheless, I will continue to use OLA cabs and in fact, I hired them three times after that incident. Their service is still very good; only they fail to protect their trusted customers' interest against erring drivers.