Books thrive mostly on reviews written by readers. While well known authors' books do not depend much on reviews by readers but they too look forward to reviews by top magazines and newspapers.

It is a known fact that reviews play a crucial part of a book's marketing strategy. It makes the author a pro while the reader gets a fair idea of what the book is all about.

While most of the reviews you read appear as voluntary, it may surprise you that they are sought after by the publishers and authors and even pay for the best reviews. Here are the two best sites that offer money for reviews.

Na’amat Woman Magazine
http://www.naamat.org
Pays: $75 for approx. 750 words
NA’AMAT, Hebrew acronym for ‘Movement of Working Women and Volunteers,’
It is said to fight for the  quality of life for women, children and families in Israel.
They accept review of fiction and non-fiction books with Jewish content.

Astronomy
http://www.astronomy.com
Pays: $200 for a 400-word review
Astronomy magazine is a monthly, consumer-level science and hobby publication. for “armchair” and amateur astronomers. I read that contributions are accepted from amateur astronomers and science writers.

How to write a book review and get paid for it? 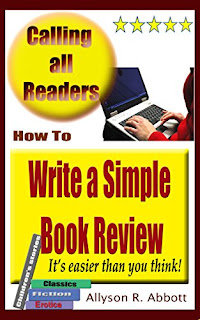 The above guide is written by British novelist Allyson Abbott. It is rated as useful to both the experienced reviewer and those who have yet to post their first review.
I read that all types of review are covered in the book such as:
* old school style book reports,
* formal literary review,
* basic simple review.