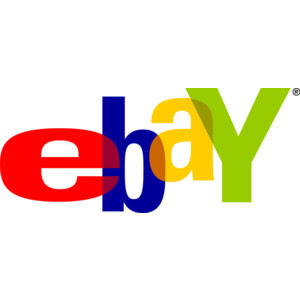 eBay caught many people's fascination ever since it came into being in 1995. This is one dot com website that never went under when other players in the same field burst into bubbles. Ebay made several millionaires and is the genuine source of livelihood for thousands of freelancers.

Once in a while I visit ebay.com (never ebay.in) to do a bit of research about products that were also sold elsewhere such as Amazon. I found that the ebay published better product description and they are clearly visible. I wOnder why Amazon is lagging behind in this aspect.

While doing my content research in ebay.com, my attention used to wander like a typical newbie to the Internet. I must admit I deliberately browse through the sections that were of no interest to me. Some of the things that were sold in ebay would make my eyes pop out of their socket.

Example:
Do you know that even the NASA bought something from ebay?

The Kickass Facts has published about some incredible things sold in ebay.com  I reproduce below of them. They are fun to read.


Brazil once tried to sell an aircraft carrier on eBay. – Source

James Blunt “sold his sister” on EBay as a “damsel in distress” when she could not find transportation to a funeral. She ended up marrying the man that won the auction. – Source


In the year 2006, an Australian tried to sell New Zealand on eBay – Source

The town of Buford, Wyoming was sold on eBay for $900,000. – Source
In 2002, NASA bought servicing and support gear for shuttles on Ebay because components were so out of date they were no longer made. – Source

When Gmail first launched with 1gb of space, unheard of at the time, invitations were sold on ebay for as high as $125. – Source

in 2009, a 10-year-old British girl tried to sell her grandmother on eBay – Source
The town of Bridgeville, California, has been up for sale on eBay three times. – Source

The most expensive item sold on ebay was Frank Mulder’s Gigayacht, which sold for $168 million in 2006 – Source

In October 2008, Iceland was put up for sale on eBay (not including singer Björk). – Source

The town of Albert, Texas was auctioned on Ebay for 2 million dollars. – Source

Email ThisBlogThis!Share to TwitterShare to FacebookShare to Pinterest
Labels: responses